Started with an initial strength of 60 students and 3 teachers, the Seva Samajam Nursery & Primary School has grown over the years to over 800 students and 25 teachers.We strive to promote the all-round development of the intellect and character of the child.

The main aim of school provides extra coaching for weak students, even at the primary level. Apart from regular academics, the children are taught computer skills from junior classes. The school provides special assistance to students from Tamil medium so as to help them cope with English when they change their medium of study in higher classes.

The main aim of the school is to provide education to children from the underprivileged and  weaker sections of society and inculcate all round development. We help build and nurture the inherent potential of our students. The school has classes from Pre-KG to Grade 5. It has separate English and Tamil medium wings. In 2018, Smart classrooms have been set up to blend visuals and teaching content to invigorate holistic understanding of the subjects and make learning fun.

The School library is well stocked and students are encouraged to read. Yoga and music are an important part of the curriculum to keep them physically active and develop their musical abilities. Regular health check-ups are conducted for the students. In 2017, we opened a play school for toddlers on the same campus as parents had been requesting us to start one for many years. Most of the toddlers, join GOS Seva Samajam Nursery and Primary School once they are age eligible. On completion of Grade 5, nearly all the students from GOS Seva Samajam Nursery and Primary School  join the GOS Gen. Cariappa Higher Secondary School to complete their school education.

Gnana Suganya R believes that her primary schooling is what has helped her reach where she is today. The values inculcated in her by GOS Seva Samajam Nursery & Primary School have moulded her. She recalls that one of her classmates was unable to pay his fees due to financial constraints. The principal and teachers instead of punishing the child went out of their way to find a sponsor for him. Gnana Suganya has not forgotten the kindness shown to the boy and wishes other schools too have such compassionate teachers.

Though her Primary education was in Tamil Medium, Suganya did not find any difficulty in switching to English medium in Class 6 because the teachers had prepared her well. After completing her schooling, she received scholarship for pursuing engineering and achieved a 9.3 CGPA. She is presently working with HCL as a Design Engineer and credits GOS Seva Samajam Nursery & Primary School for setting a strong foundation and making her a confident person.

Hemavathi M believes that primary education develops the emotional and mental stability of a child. She says that the teachers at GOS Seva Samajam Nursery & Primary School motivated and encouraged her to take up roles to prove her ability and bolster her confidence.

She recollects that when she was in Class 3 and was reciting the National Pledge on stage in front of the entire school, she stumbled on her words. Her class teacher gave her an important life lesson by saying that it was okay to make mistakes and that we should learn from our errors. The confidence and courage she developed in school is the reason that she is a public speaker, RJ and a stand-up comedian.

Hemavathi scored 495/500 in SSC and 578/600 in HSC and is studying at MOP Vaishnav College. She credits the early foundation at school for her confident personality and go getter attitude.

Raghul is working as a Business Development Executive in a reputed company. He recalls his primary schooling at GOS Seva Samajam Nursery & Primary School with great fondness.

He says that the confidence the teachers instil in each child is remarkable. They find out the special talent in each child and hone that talent. They discovered he was a good orator and trained him for oratorical competition where he won many awards. He believes that the confidence and clear communication skills he developed early on in life is the reason he is successful today. Name of the Unit 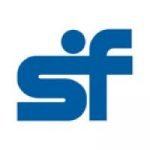 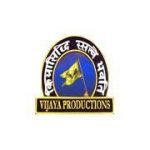