Established over 60 years ago, the GOS Seva Samajam Girls’ Home is a safe haven for underprivileged girls from broken homes, single parent families as well as those without any family. They are provided not only shelter, care and education but with a loving and nurturing environment. Over the years, thousands of girls have found a home with love and compassion at the Girls Home and have become financially independent adults and break the cycle of poverty. All admissions are finalised after approval by the Children Welfare Committee(CWC) and girls between the ages of 10 - 18 years are given admission.

The girls attend the GOS MCJ Girls Higher Secondary School on the same campus. They are provided with uniforms and books by the Home. They are provided with nutritious meals and various activities are organised to ensure holistic development of each child. Apart from emphasis on academics, they enjoy yoga, games, gardening, music and dance classes. In association with partner NGOs such as Bhumi, Women of Worth, U and I etc, various classes are conducted on a regular basis for the resident girls in life skills, computer literacy, spoken English etc. There is a playground for the girls to play every evening. A kitchen garden has recently been developed to teach the residents to grow their own vegetables.

The safety and security of the residents is taken seriously. We have installed CCTV cameras, bright LED lights outside the Home in addition to 24 hours security. No one is allowed to enter the Home after 6 pm and families of the girls can meet them only during the designated hours. Medical check up is conducted for all the resident girls every three months to ensure that they are in good health. The Home has an active counselling cell and trained psychologists meet the girls twice a week and provide counselling on an individual as well as group basis.

The Home has a Home Management Committee and a Children’s Committee. There is a member from the resident girls who is a part of both committees. This ensures that any issues with the girls are brought to the notice of the management. The residents regularly take part in various cultural competitions organised by NGOs and win prizes. They are also taken for outings and the movies occasionally. On completion of Grade 12, we assist girls without parental support to go in for higher education through partner NGOs.

Alumna of Seva Samajam Girls Home are today happily settled and several of them are doing very well in their careers. Many ex-residents help in mentoring the young residents as well as donate in cash or kind to help them and the Home.

Indhu lost her father to illness and was living with her mother at Villupuram who had no means to take care of her daughter and her studies. When her mother got a job as a house maid at Chennai, Indhu was admitted at GOS Seva Samajam Girls’ Home during the year 2017 for Class 10.

At the time of admission, she had health and psychological issues which were addressed immediately. She was good at drawing and dancing. Special coaching was provided to her in both. She participated in many competitions and won prizes.

She scored good marks in both her SSC and HSC exams and is now pursuing B.Com at Valliammal Arts College.

Indhu is now a happy and confident young lady and wants to become a Bank Officer.

G.Renuka was a resident of the Guild of Service Seva Samajam Girls’ Home between 2013 to 2016.

Renuka lost her mother due to illness and was living with her father in Villupuram. Gradually he too fell sick and was unable to take care of her. She was handed over to her guardian Ms. Sheela in Chennai who felt she needed a sheltered and protective home and therefore admitted at GOS Seva Samajam Girls’ Home.

Initially Renuka was very despondent as she missed her mother. With the help of the caring house mother and professional staff of the Seva Samajam Girls’ Home, she was counselled to cope with the bereavement. She attended the GOS Mary Clubwala Jadhav Girls Higher Secondary School from  2013-2016. Renuka who was a very hard working and studious girl, secured 477/500 in SSC and 960/1200 in HSC.

Renuka went onto complete her degree in Engineering and is now working in an IT firm in Chennai. She has grown into a confident and strong young girl, ready to face whatever challenges that life would offer.

A.Bhuvaneeswari was referred to the Seva Samajam Girls’ Home by the Government Children’s Home at Kellys after finishing her Class X Std in 2015.

When admitted to Seva Samajam Girls’ Home, Bhuvaneeswari had severe skin problems and was lacking in personal cleanliness. On enquiry we learnt that she lost her mother rather early and was raised by her father who was a daily wage labourer and struggled to put food on the table. He sought to make her life better and admitted her at the Government orphanage.

After Bhuvaneeswari was admitted to GOS Seva Samajam Girls’ Home, she was given appropriate medical care and counselling on her health condition and the importance of personal care and hygiene. She was taught academics as well as social grace to help in her overall development.

On completion of her schooling from GOS Mary Clubwala Jadhav Girls Higher Secondary School, Bhuvaneeswari completed her B. Com and is now completing M.Com. Today, she has blossomed into a smart and confident young girl with high self-esteem. 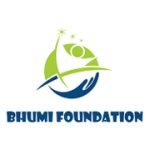 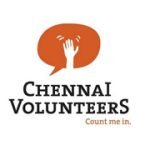 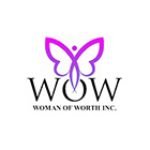